We are the industry's voice

Welcome to the MCIA

Established for over 100 years, the MCIA represents and oversees the interests of the motorcycle, scooter and Powered Light Vehicle (PLV) industry.

Traditionally PLVs were motorcycles and scooters, which played a significant role within society, as families across the country relied upon them as their sole means of transport. Since the late 1970s, when cars became more affordable, families moved away from PLVs and their role became more leisure focussed.

Today, the world faces many challenges and transport is high on that list. As technology moves away from the internal combustion engine, electrification and other powertrain technologies will see transport take on a new dimension.

The way in which people and goods move must be reconsidered, as aside from meeting environmental and air pollution targets, dedicated road space for powered vehicles will reduce as a consequence of governments’ strategies to improve the lives of city dwellers.

Transport is now seen as one of the UK Government’s “Grand Challenges” and the MCIA have now launched this industry’s answer to the challenge.

“The Route to Tomorrow’s Journeys” is the new MCIA policy document which examines the current transport environment and makes the case for powered light 2, 3 and 4-wheel vehicles being a significant contributor to Government’s quest of achieving it’s “Grand Challenge”.

The MCIA is proud to be at the vanguard of this safe, efficient and clean transport revolution.

Are you prepared for Brexit?

Are you prepared for Brexit?

The MCIA’s new policy document The Route to Tomorrow’s Journeys is now available to download on. This document examines the current situation and delivers a series of rational, workable solutions that demonstrate the pivotal role the Powered Light Vehicles (PLVs), including motorcycles and scooters, could and should play.

We represent 85% of the supply side of the industry; the manufacturers and importers of motorcycles, accessory and component suppliers and companies supplying associated services. 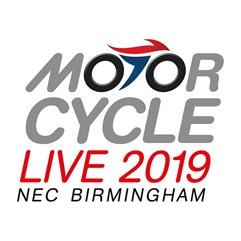